The Europaschule Herzogenrath is an integrated comprehensive school with an international orientation. Our main focus is put on language teaching, which already starts at the beginning of 5th grade.

The Gesamtschule, or comprehensive school, is a more recent development. It enrols pupils of all ability levels. Unlike other secondary schools the comprehensive school keeps all educational careers open until the end of 10th grade. This system doesn´t agree with the traditional assumption, that the development of a child can be predicted at the age of 10.

Because of this we offer all possible school careers and final exams. Depending on the personal abilities and individual interests, our pupils can choose between a variety of subjects and finish school after the grades 10 or 13 (Abitur).

In North-Rhine Westphalia the concept of the comprehensive school was established about 40 years ago. Today 25% of the parents choose this type of secondary school for their child. There are still not enough comprehensive schools to cover the demand.

The Europaschule Herzogenrath was founded in 1991 and fully established in 1999. Our staff is made up of about 70 teachers. Enrolment is limited to 5 forms per year. The students live in Herzogenrath, as well as the surrounding rural area.
About half of the pupils start a vocational career at the end of grade 10, the other 50 % stay at our school to prepare for the diploma that opens them the possibility of university study.

The Europaschule Herzogenrath participates in a variety of European networks. As already mentioned, the main emphasis is put on the modern languages English, German, French, Dutch and Spanish, but the pupils also have the possibility to learn Latin. Besides English each pupil starts learning French, Spanish or Dutch at the beginning of grade 5. Based on this, French, Spanish and Dutch are taught in bilingual courses in grade 8.

An equal interest is put on cultural subjects like Music, Art and Design. The school and its pupils achieved lots of awards and appreciation for different projects and performances.

Student exchange programmes and cooperations with other European countries, the USA (Washington DC) and Russia (Moscow) are part of our school life.

This is stressed by the fact that the town Herzogenrath is situated at the Dutch border and only 15 km away from Belgium. Herzogenrath and the Dutch town Kerkrade form the first “European city” Eurode.
The town itself is characterized by its former coal mining industry. After the closure of the mines in the 1970s various high tech companies, such as computer technology, engineering and international communication research companies were drawn to the area. This development was further encouraged by the fact that one of Germany´s leading technical universities, the RWTH Aachen, is close by. 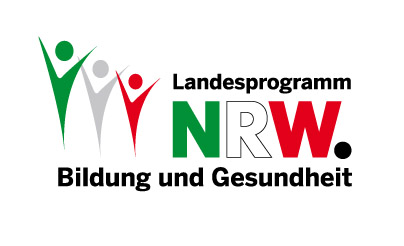